Taking Back the House! 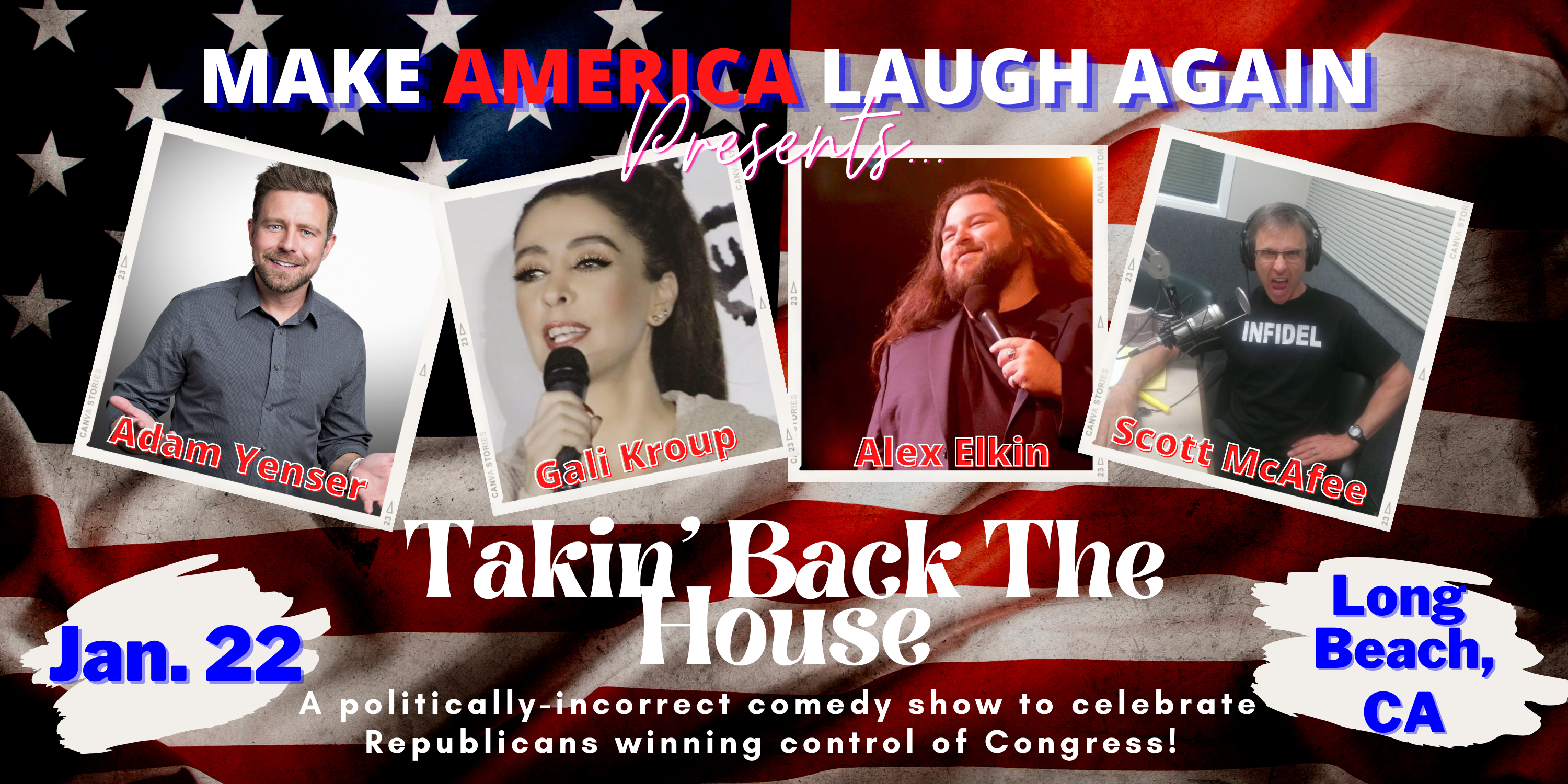 It’s a NEW YEAR and we are BACK!

Republicans have won control of the House, giving the GOP a toehold to check President Joe Biden and congressional Democrats.

Finally, we’ll see legislation to correct some of the destructive policies of the left, of which there are far too many to name here.

We also fired Nancy Pelosi, the Wicked Witch of the West.

President Trump has announced he will run again in 2024 to reclaim what was stolen from him in 2020.

And, perhaps most importantly, Elon Musk has taken over Twitter and ushered in the return of conservative voices.

So we’re celebrating the best way we know how… with a politically-incorrect comedy show!

Join us on Sunday, January 22nd for “Takin’ Back The House,” a celebratory comedy show presented by Make America Laugh Again.

As always, your ticket purchase includes a delicious 3-course meal and alcoholic beverages will be available for purchase.*

D﻿inner and show begins at 6PM.

*﻿VIP tickets include priority seating for the show and a FREE gift!

Make America Laugh Again is the only live comedy show of its kind. Are you tired of “comedy” dripping with far left propaganda? So are we.

So we’ve gathered the best stand-up acts around for a gut-busting night of politically-incorrect stand-up comedy. Trust us – there’s nothing better than an evening with comedians who have the same views as YOU! Join us if you’re ready for the funniest comedy event you’ve been to in a long time.

Adam Yenser ~ Adam is a comedian and Emmy Award-winning writer . He has appeared on Conan and FOX Laughs and been a panelist on The Greg Gutfeld Show. Adam has written for The Oscars and been a freelance contributor to SNL’s Weekend Update.

Alex Elkin ~ Alex started his stand-up career in 2016 after winning the prestigious 41st Annual International San Francisco Comedy Competition. In 2018, he was chosen for the honor of entertaining American troops in Kuwait, Iraq and Syria.

Gali Kroup ~ Israeli comedian Gali Kroup won 8 comedy competitions from 2015-2017! In 2016, she appeared on Comedy Central, and in 2017 she taped a PureFlix TV special with comedy legends like Sinbad and Louie Anderson.