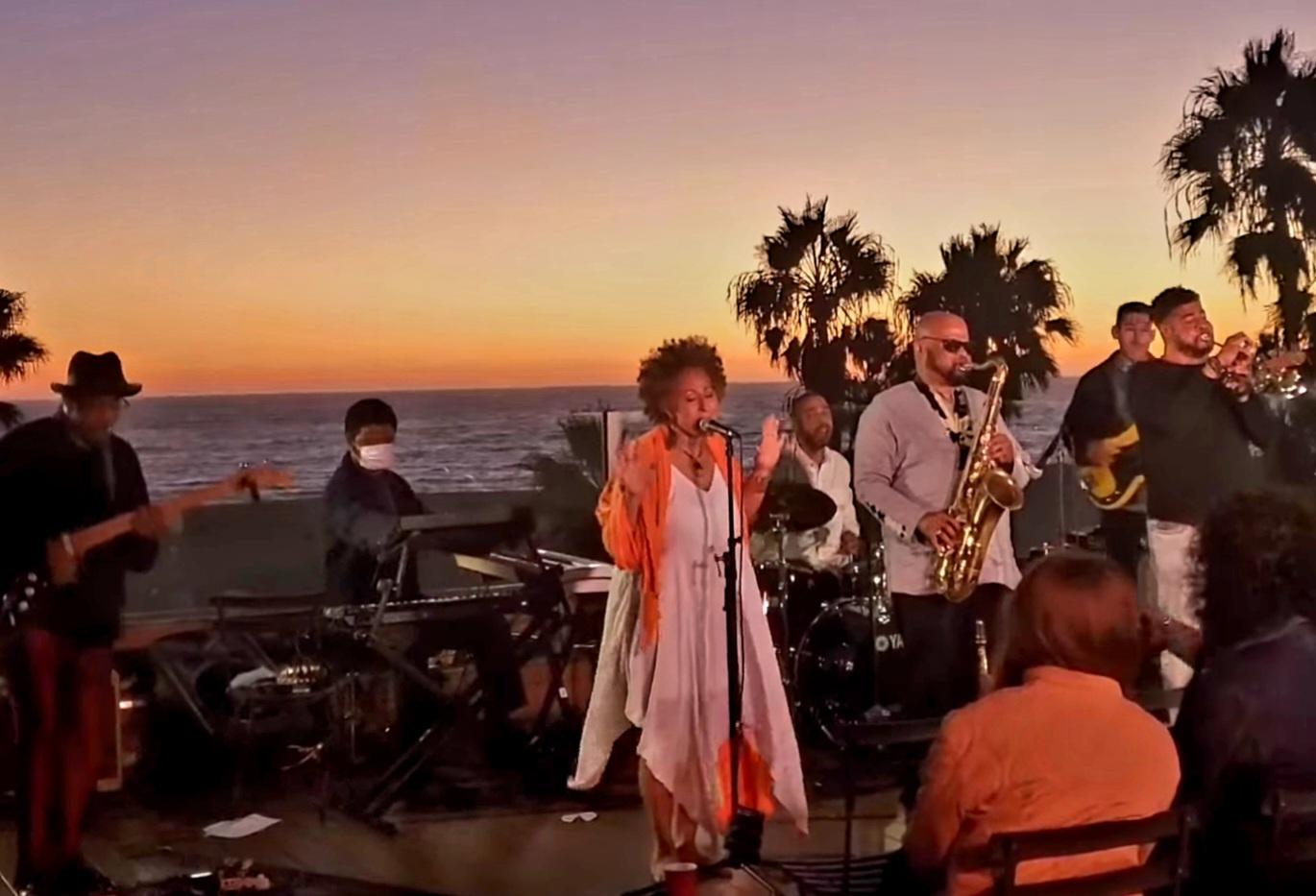 Come sizzle to the sound of The Azar Lawrence Experience. #ItsGoingtobeHot!

“Some time after John Coltrane’s death his pianist, McCoy Tyner, wanted another saxophonist to play with, Azar Lawrence was the man Tyner picked, and his powerful new album reminds us why you’ll be returning to this excellent disc [Elementals] as often as saxophonists return to John Coltrane.” Chris Pearson, The Sunday Times (London) April 20, 2018.

Azar was a young music prodigy, lovingly tutored by his mother who taught piano and led their church choir. At age 5, he played violin in the Los Angeles Junior Symphony, but his ears were turned to the saxophone at age 13. Azar spent his teen years immersed in jazz with the renowned Dorsey High School Jazz Workshop and at the home of his best friend, the late Reggie Golson, son of the great saxophonist, Benny Golson. From then on it was jazz, jazz and more jazz!

McCoy Tyner then invited Lawrence to join his quartet, an alchemy that lasted for over 5 exuberant years. Why? As the great McCoy said: “I think you [Azar] feel the same way about the music that John [Coltrane] did.” Azar performed on arguably Tyner’s best albums, Enlightenment, Atlantis, and Sama Layuca. During his tenure with Tyner, Azar also recorded with Miles Davis on the album Dark Magus at the famed Carnegie Hall. Upon leaving Tyner, Azar recorded his own projects, including the recently reissued Bridge Into The New Age (1974 & 2017), then Summer Solstice (1975 & 2019), and People Moving (1976).

In the early 2000s, Azar surged back onto the jazz scene and continues to roar, electrifying audiences with outstanding original compositions inspired by his intense spiritual feelings with the records: The Legacy and Music of John Coltrane (2007), Speak The Word (2008), Prayer For My Ancestors (2009), Mystic Journey (2010), and The Seeker (2014).

Azar’s 2018 album, Elementals, hit #2 on the Jazz Weekly charts. Chris May wrote: “Azar Lawrence sounds more like John Coltrane than John Coltrane ever did. Well, almost…. but it has not been a cynical pose designed to maximize Lawrence’s commercial appeal.” (All About Jazz, April 18, 2018.) Trazar Records released his new album ‘New Sky’ on February 4, 2022, a stunning collection of songs Azar wrote during the pandemic that reached #12 on the jazz charts.

Azar’s band, The Azar Lawrence Experience, appears with as many as eight musicians and sizzles to the sounds of Azar’s original compositions. In addition to various festival appearances including the 2022 Hollywood Bowl Jazz Festival, Azar is a regular at Jazz at Lincoln Center, The Jazz Standard in NYC, and Blues Alley in Washington, DC.